Today--some time after I had sent an email on this bureaucratic nonsense to the Mayor, Phil Goff--I received this email from the incompetent outfit over on the mainland, which after a month has still not collected the small fridge-freezer  I put out for the inorganic collection (for 'mainland' read the depository of mainliner bureaucrats high on their own methamphetamine vanity and incompetence):


This woman should be sacked. She says she agrees both with me and the worthless lazy contractors who refuse to collect this item. That is bureaucratic fence-sitting on steroids. They should pump those steroids into the muscles of their contractors; then they might be able to carry this thing.

First: the contractor does not need a 'trolley' to carry this. Two men--real men, with real muscles--can carry it. When it was replaced with a much bigger one, two men, one young, carried the replacement all the way down to my dwelling: 80 metres. This can easily be carried by two men--real men, with real muscles. The 'trollety' is and all the rest of it is just a plethora of excuse-making to cover all their collective backsides, it is just to reinforce the lying pretence that the thing cannot be carried by the 'two men' quoted in the leaflets.

Second: there are no loose steps. The stakes holding them go deep. Thousands of things, many heavy, have been carried over them over the years. She is inventing to cover her incompetent backside.

Third: this brainless, extravagant, incompetent, wasteful woman used ratepayers' money and time to come all the way out here on a ferry and a car/bus/taxi to 'visit the site'. That is a return trip of about four hours. The woman is a damned fool.

Fourth: when I tried to call her, she had of course had herself replaced by 'voicemail'. So had her boss. So had her boss's boss. They are meant to be public servants. That means being accessible to the public. That fact has obviously not entered their bureaucratic heads.

She is incompetent, a liar, a bureaucrat, a fool and extravagantly wasteful. She should be sacked, sacked, sacked. She does not deserve employment at public expense.

This lot couldn't organise its way out of a wet paper-bag with the help of nuclear weapons and a squadron of bulldozers. Would that we had our own council on Waiheke Island and no longer had to deal with dumb-as-a-brick mainliners like this!

If these arch-fools had been in charge of allied forces in World War II we would have lost the war, we would all be speaking Nazi German, and be worshipping the corpse of Hitler. No, I am not angry, I am livid that my rates and taxes are pouring in the pockets of creatures whose mental capacity and general competence is so rubbishy that they cannot carry out a simple rubbish-collection, either on the day appointed by them (which I was ready for), even when given a month since then to do it since then, even after repeated phone calls and emails, even when I did everything demanded by them in their false-hearted advertised rules. Such creatures are the scum of the earth; every single day they thieve time and money out of others' lives; they are mindless bureaucratic thugs. They are dysfunctional, they have a sub-functional mindset, they are incapable of acting in anyone's best interests. All such creatures should be sacked, sacked, sacked.

If the fools who run Auckland Council had a worthwhile neuron they would institute psychometric testing, and employ no one who failed. Then they would be employing public servants, not bureaucrats, who are sociopaths or psychopaths, and therefore they would save billions because they would not have to be employing anything like the number they do employ. Bureaucrats are egregiously wasteful. Public servants are efficient and prudent. 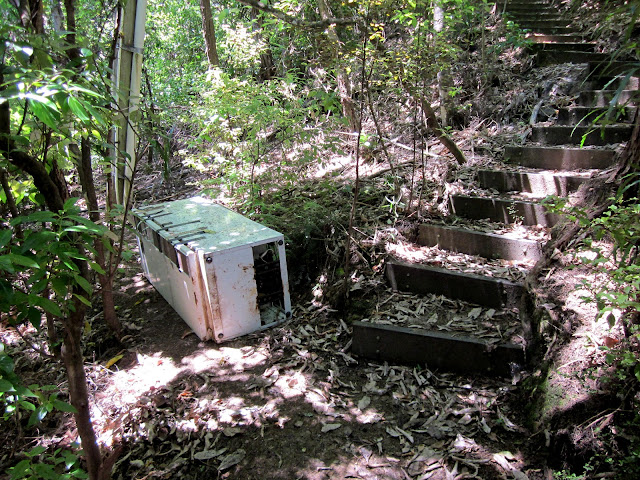